While it was clear it was going to happen from the early days, its still amazing to see Dreamfall Chapters reach its funding goal on Kickstarter.

Congratulations to Ragnar Tørnquist and his team at Redthread Games and congratulations and thanks to everyone who’s backed this project. This is a true demonstration of the many people that have much love for the Longest Journey story and are willing to put their hands in their pockets to enable us all to continue the journey. 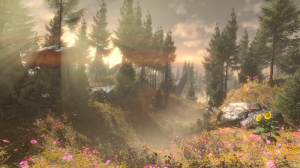 So the game we’ve been dreaming of and hoping for over the last 6 years is defiantly going ahead, and now we are shooting for as many stretch goals as possible. Stretch goals are commitments the developers make at various landmark points above the original target.

Its already clear that 900k will be achieved, and so we’ll get Mac and Linux versions of the game which will please many and be the first game in the series to offer an official version for these platforms.

Other than that, two other stretch goals have been revealed with more to come depending on how the fundraising goes:

Here are the first three stretch goals as published on the projects kickstarter page:

This is going to be a landmark game, and for only $25 up front, you can not only give the project valuable backing, but also secure your own copy of the game when its ready. Its a Win Win, so head over the the projects kickstarter page and show some love.